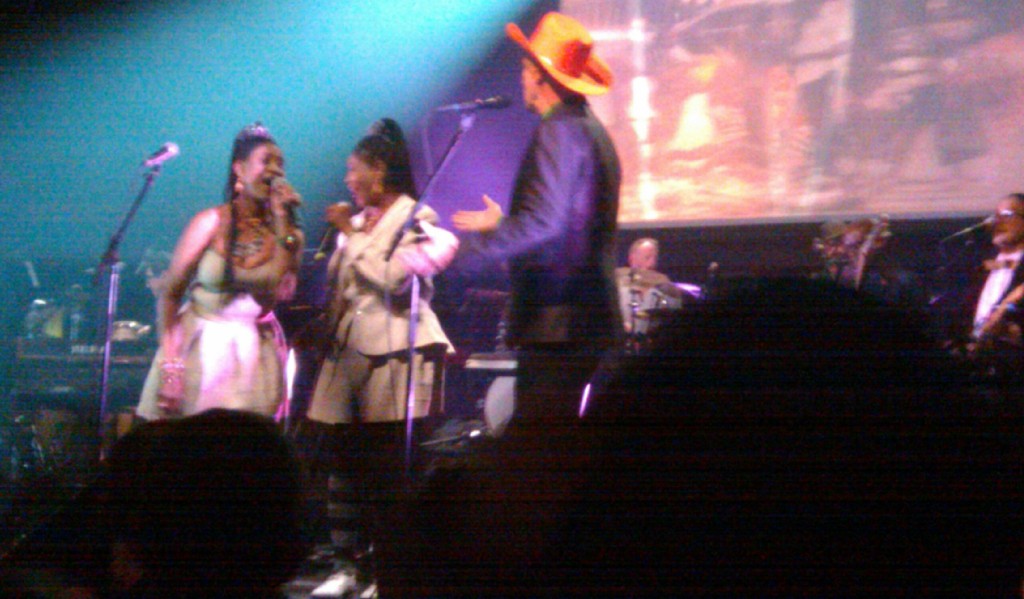 The Lijadu Sisters and David Byrne performing the music of William Onyeabor with The Atomic Bomb Band.

After releasing anew the music of 70’s Nigerian icon William Onyeabor through the 3 record set Who is William Onyeabor? (Luaka Bop records) a band was arranged to perform this music for 4 nights in New York and California in May and it was quite special to get the chance to see them.
The band featured appearances from the Lijadu Sisters who have 4 recordings re-issued from Knitting Factory Records in 2012. Fans were given the chance to hear 2 songs from their 1976 recording Danger. The Lijadu Sisters songs included the title track as well as Life’s gone down low.
Other members of the band include David Byrne, Alexis Taylor (Hot Chip),Kele Okereke (Bloc Party), Pat Mahoney (LCD Soundsystem), Devonte Hynes (Blood Orange), Money Mark, Sikane, Joshua Redman, amd others. The show took place on Tuesdsy, May 6th at the Warfield in San Frncisco. The concert included modern interpretations of many of Onyeabor’s best known songs including Body and Soul, Fantastic man, Atomic bomb, Love me now, and others. A modern nostaligic phenom is gaining a new audience and gaining respect as a clever electronic funk pioneer from Enugu, Nigeria.