Los Angeles based guitarist Jeff Parker‘s new release grabs your attention on track 1 and captivates the listener throughout the entire record. The opening track ‘Executive Life’ starts out like a some wild combo of hip-hop jazz sound mixed with Lounge Lizards-esque composing woven together. That’s the first moment you know this band in this session is special.

Parker plays Electric Piano next in the quirky ‘Para Ha Tay’, then it’s back to showing off some of his laid back and amazing songwriting in Here Comes Ezra, which also is in a way adding more Parker touches in with his electronic beats as well as the guitar style he’s known for. 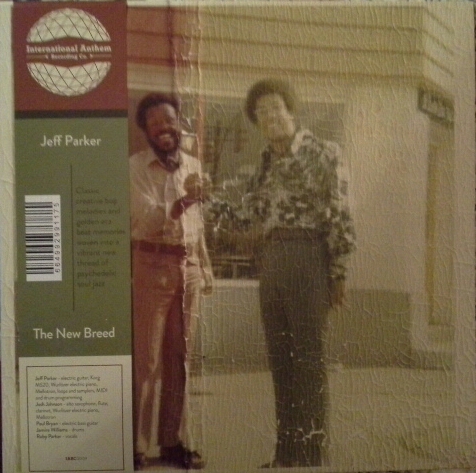 Jrifted starts off the second side and immediately we’re starting to wonder if we’re listening to enchanting melody with Gil Evans or Butch Morris and then you notice the orchestral sound is following the guitar. The guitar part is one of several loops included in the recording that really work. The saxophone of Josh Johnson is great on this song too. Mr Johnson has some nice solo and collaboative playing in Jrifted and as well on many songs in the New Breed. 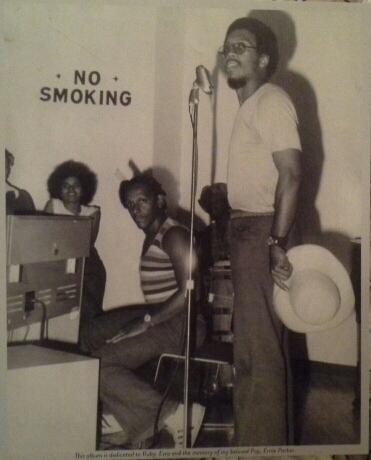 The new release for the Tortoise guitarist has some great directions including some old school funk in ‘Get Dressed’. Drummer Jamire Williams and Vocalist Ruby Williams draw you into the only vocal track ‘Cliche’. This song has some elements of a vocal track one might find on a Henry Threadgill record. When comparisons are made, they’re mainly made on style as this record really captures it’s own brilliance.