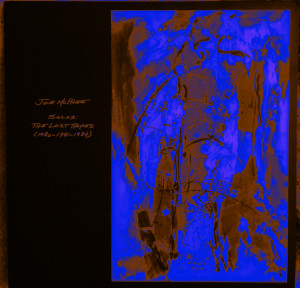 One thing I’ve noticed over the past few years is the unprecedented amount of reissues or first issues of Joe McPhee recordings from the vaults. For decades Mr. McPhee has released countless releases with a multitude of extremely talented improvisers to say the least. Now, there seems to be a certain popularity with vinyl records among collectors that coincides with where the consumer is on improv music. Which in short, means when I go to a record store and see a record that says Joe McPhee Lost Tapes, I want it in my collection and I’m certain a lot of other people do too.

Roaratorio records is a great label to look for such vinyl released by McPhee. I picked up my copy of Solos:The Lost Tapes last year and have been listening to it along with the 4 reissues of CJR records on Bo-Weavil and other recordings from this early era McPhee for some perspective.  This recording does absolutely everything one could hope it would. Side one begins with ‘Wind Cycles’ an exploration of the depths of the breath within the saxophone and transitions nicely from what seem to be electronic manipulations of wind and tones. The opening key tapping segment almost seems reminiscent of John Snyder’s electronic manipulations on their work together. 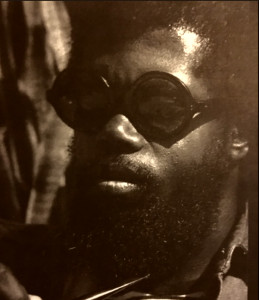 The Redwood Rag is very rich melody that according to the liner notes (written by the artist) is dedicated to the of town, Redwood, NY where the famous Cadence Jazz Record label is located.  The song is 3:50 of pure bliss! McPhee puts so much into each note and there is a resounding wow being generated by my ears and brain when listening to this song. I recall buying a CD years called the Redwood Sessions by Evan Parker, Barry Guy, and Paul Lytton mainly because it had Joe McPhee as a guest on the Cadence Label (CIMP records). To imagine this song was written about 16 years earlier makes it more impacting.

Opening side two is Ice Blue, is also a strong improvised piece, this time showing the depth of McPhee’s ability to make his alto saxophone roar. This recording, as well as The Redwood Rag are credited to the Loft Jazz period in NYC, where McPhee laid many of his early roots.

The closing song, Voices is hauting melody that was originally released on The Willsau Concert (Hat Hut records). Willisau is a small town in Switzerland, referred to as ‘The Mekka of Creative Music in Europe’ according to the album cover. The original version was from a concert that featured John Snyder on synthesizer and Makaya Ntshoko on drums. The solo version transitions from the opening melody to point where the song shifts and takes flight as if its undulating and navigating some cross currents before again landing and closing on the refrain of the opening melody. Voices was recorded at a benefit for the New Music Distribution Service, a record distributor who, along with Cadence provide some context on how listeners of creative music gained access to new recordings in the 70’s and 80’s. Founded by Michael Mantler and Carla Bley, their catalogs contained releases of musicians ranging from electronic to free jazz. Many years ago I owned a copy that was handed down to me by a friend, but it was sadly lifted from me at a record store I was working at in the early 90’s. 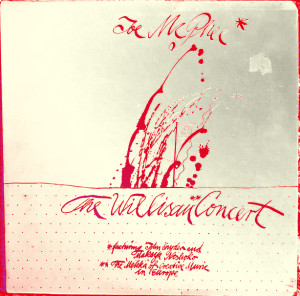 With many recordings being available through streaming and CD only, it’s great to have this opportunity to have access to some of the early recordings found on Solos: The Lost Tapes on a vinyl format. Material worthy not only of documenting, but including in regular rotation as well.