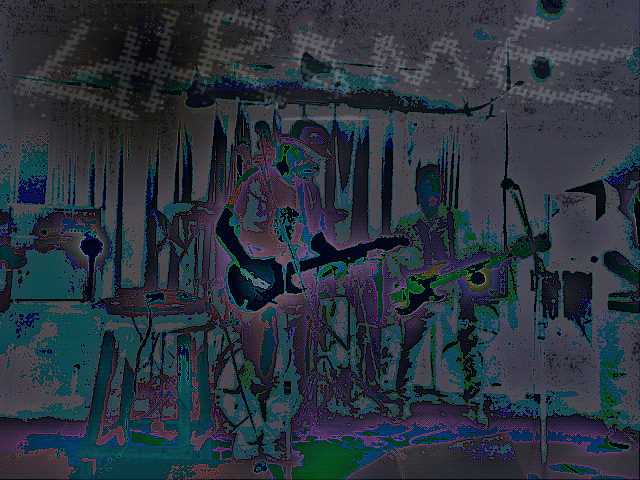 Helios Creed is one of the true pioneers of sound in the bay area. Along with Damon Edge who founded the band Chrome in 1975 Creed has propelled the group to a band that transcends generations. They released more than 30 recordings in various incarnations of the band. Creed also released a series of solo recordings during the late 80’s and mid 90’s through Subterranean, Amphetamine Reptile and Cleopatra Record labels. Chrome initially gained critical acclaim on their 1977 release Alien Soundtracks. The follow up Half Machine Lip Moves is highly regarded as the band’s strongest recording as their combination of Psychedelic and Punk influences were blended to what would be viewed as their signature sound. It contains the classic song ‘TV as Eyes‘. The classic band’s spin on these two genres take listeners to a rather dark realm of the other worlds where aliens send their rock through a distorted filter and the exhaust is the combustion of a fuel from  some abstract unknown planet. 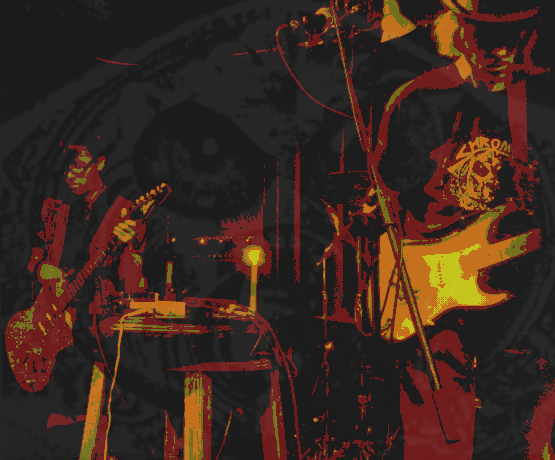 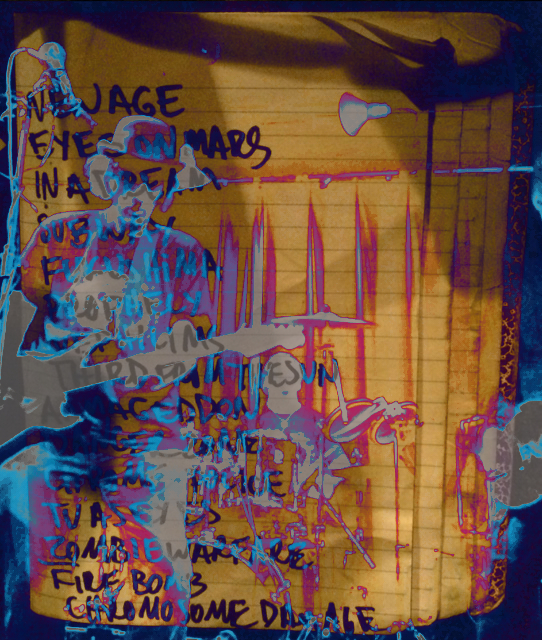 Their recordings have long been regarded among the best of the undiscovered bands as their recordings have reissued a number of times over the decades. The most recent incarnation of the band and label interested in documenting their genius is King of Spades records who in 2013 releases a series of out takes from 79-80 on a Double LP/CD release entitled Half Machine from the Sun. Chrome also released a Double LP/CD in 2014 on King of Spades records featuring all newly recorded material entitled Feel it like a Scientist.

Creed currently resides in Santa Cruz and their concert on Wednesday consisted of two local openers making it a show of  locals. They performed songs from Half Machine Lip Moves as well as their acclaimed Third from the Sun. The 1982 release contains 3 songs performed on Wednesday, the song of the same title as well as ‘Armageddon‘ and ‘Firebomb‘.  Many fans regard this among the most essential of all of the Chrome releases. 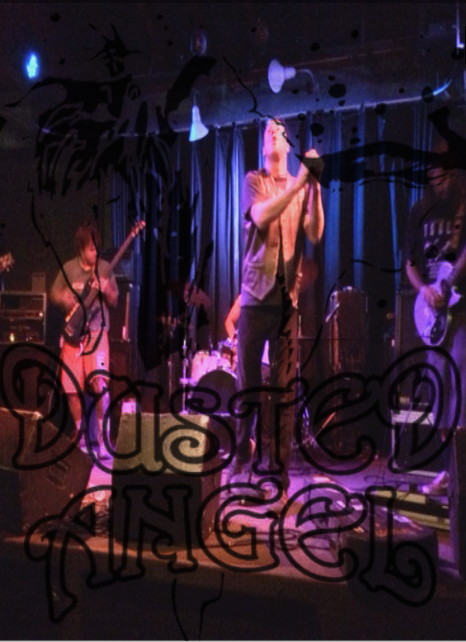 Dusted Angel ripped through their set as openers for Creed and Co. The quintet first emerged in 2008 as a side project for BL’AST front man Clifford Dinsmore. Their style ranks them along bands like St. Vitus, High on Fire and Corrosion of Conformity. To date the group has released a 3 song ep on Corruption Records as well as a full length recording entitled Earth Sick Mind on Mankind Records.

Dusted Angel will perform on Wednesday, July 22nd at the Ritz in San Jose opening for Fu Manchu 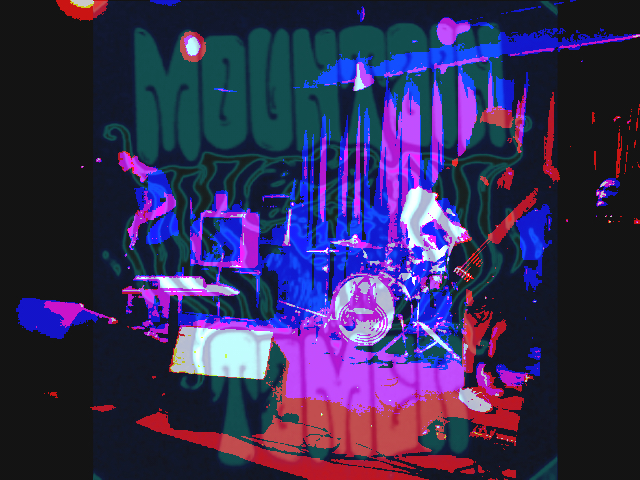 Mountain Tamer are a trio from Santa Cruz who formed in 2010. The band has a 70 Stoner/Psych rock groove and worth a visit on over at Reverb Nation to see who’s who in town from this sound. Their song ‘Levitating Lady‘ was released in 2013 and is one example of what the group has to offer.

Mountain Tamer will be performing next in Santa Cruz at the Crepe Place on July 31st with Dark Seas as openers. Admission is $6.