listen to this  company 2 incus 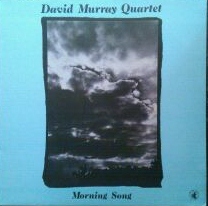 I’m feeling somewhat nostalgic this moring. In the early 90’s I was introduced to the music of David Murray by my manager at The Record Exchange on Avent Ferry Rd in Raleigh, North Carolina. At that time Mr. Murray seemed to represent a convergence of the jazz components I held and continue to hold an affinity towards.  These include improvisation, traditionalism, harmony, post bop modernism, and in a broader sense the nature that sound must be projected acoustically by masters bold enough to voice their art from small ensembles all the way to large orchestras. In a sense these were the markings of the jazz purist methodology that branched into what I began to refer to as ‘musique actuelle’.

My appetite for this type of music was quite insatiable and I saw Mr. Murray perform several times. There was the concert at the Artscenter in Carborro (there could’ve been a few others), then there was the concert in Charlottesville, Virginia where David Murray and Archie Shepp performed the Coltrane and Dolphy record ‘Live at the Village Vanguard’. Then, perhaps equally as memorable was the 4th of July Concert in Washington D.C. on the National Mall. I also saw Mr. Murray perform a few times with the World Saxophone Quartet and to witness a concert by them is second to none.

An eager collector, I treasured finding the recordings by a variety of artists on the Black Saint and it’s sister Soul Note record labels. Particularly the classic titles such as Morning song. 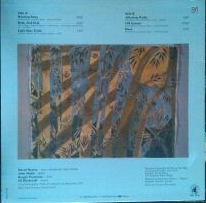 At that time I would often search for records like this one at all of the local used record stores and found quite a few of them by Mr. Murray and his contemporaries. When I was lucky enough to run across one, they were never more than $4.99 in the used bins. I would research the artists and learn which titles were the most recommended and sought after.

This title somehow eluded me, that is until now. I’ll admit even though I occasionally look for things online I rarely buy old records like this online. This is for a variety of reasons including the difficulty to verify condition, shipping costs and insurance. So when I found this title at Logos  last week in VG+ condition I just had to buy it. Over the years the prices have gone up a bit for an item such as this, but I was willing to pay $15 to hear what had been missing from my collection.

The lineup is top notch, including Ornette Coleman alum Ed Blackwell on drums, John Hicks on piano, and legendary bassist Reggie Workman who worked with Art Blakey and John Coltrane in their prime.

This album is simply amazing with some insightful versions of Fats Waller’s ‘Jitterbug Waltz’ and a version of ‘Light Blue Frolic’ by the late coronetist and founder of Conduction Lawrence “Butch” Morris. Murray and Morris were collaborators in some fashion until his untimely death nearly one year ago. Mr. Morris conducted David Murray’s Big Band on the DIW label.

Mr. Murray is a bay area native who was born in Oakland, Ca. He continues to perform with a number of groups and although his tours are perhaps less extensive than they once were, his compostions such as Morning Song represent a powerful component of the jazz archive.

Alright so I just bought a pretty decent stash of reocrds. Somebody just offed alot of titles ins my genre and I was listening to that first Defunk record for the first time in about 20 years. There’s a song on there that has the lyrics “making love to a photocopy” which I thought was apropos for the ritural of record cleaning and so that’s what’s going on there with that title. 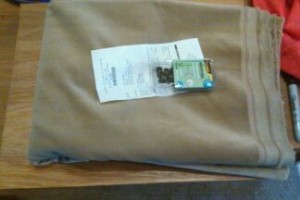 The materials needed to make a record cleaning board are a strong piece of wood (approximately 12″X12″X1″), some velvety fabric, and small nails to hold the fabric to the board.  First, you must wrap the fabric around the board and cut it just like you would to wrap a Christmas gift. 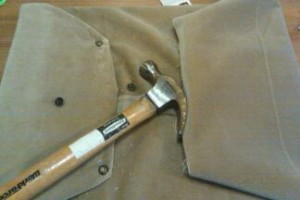 After you’ve successfully tacked down the fabric you’re now ready to clean your wax. Slap the vinyl down and use any of the many types of cleaning kits available or make your own solution with one of the many suggestions out there. I’ve been using 4 parts water to 1 part isopropyl alcohol with 7 drops of dishwashing detergent without additives.  See http://www.tnt-audio.com/clinica/fluids.html for other solution recipes. 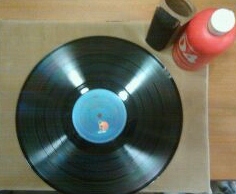 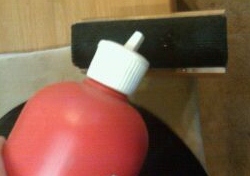 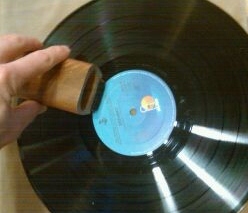 Rotate your cleaning device around the record in a way that flows with the grooves of the record.  You’re now ready to place your record on your turntable and put the needle on the groove! 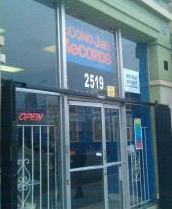 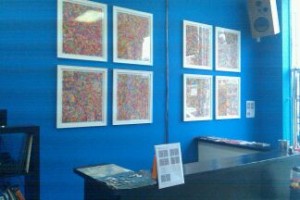 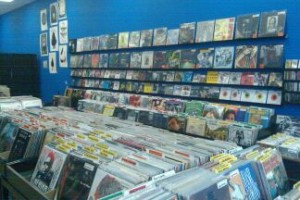 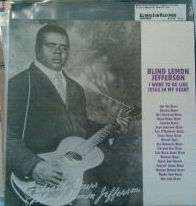 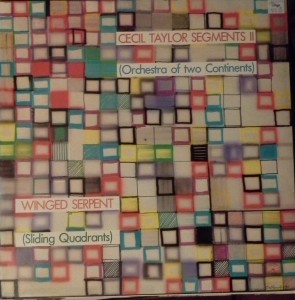 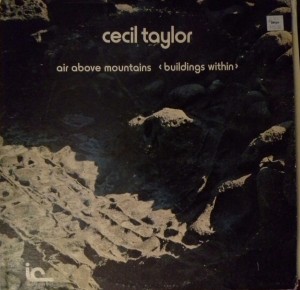 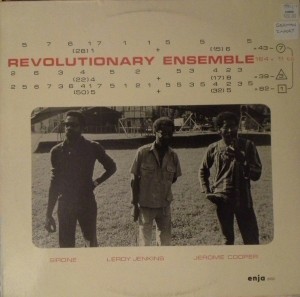 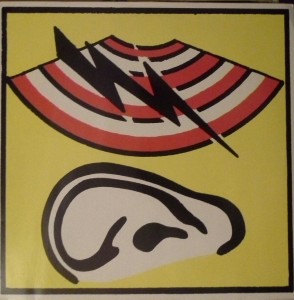 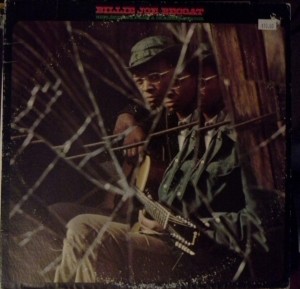 I wouldn’t consider myself much of a record advocate if I didn’t voice listening with a  new stylus as frequently as possible. This is just something I pick up at a local store. Certainly not trying to appear like a commercial or something as much as just to note products like this keep my collection in the best possible condition. 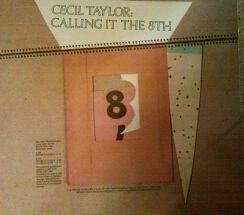 On the 8th day God created…

Cecil Taylor has long been one of my favorite pianists. I’ve seen him perform at the Library of Congress in Washington D. C., Quebec, Canada, and in San Francisco. I already had a copy of this record on CD, but when I found the LP version at Criminal Records in Atlanta I just couldn’t resist. I mean, it’s not really collectable to own something on CD in my opinion and any Cecil Taylor record with Jimmy Lyons on it is classic stuff. It contains the original postcard insert with a picture of Mr. Taylor. Here’s What All Music had to say about it:

Recorded live in West Germany in 1981, THE EIGHTH is an aptly named Cecil Taylor concert. Listened to casually (though it’s hard to imagine this music listened to casually), one hears four virtuosi–Taylor on piano, Jimmy Lyons (alto sax), William Parker (bass), and Rashid Bakr (drums)–playing maelstroms of dense music. Closer listening reveals symphonic ambition, mystical leanings, and the magic of numbers. The eighth can also refer to an octave, one of Taylor’s favorite intervals.

The opening hour-long piece starts with a ritual: hands drum the outside of the Bosendorfer piano as voices shout/sing in the background. As in almost all Taylor compositions, the players quickly bring themselves to a point of no reserve. Lyons and Taylor spin and flutter notes over Parker and Bakr’s shifty rhythms. Although there are some striking moments (Cecil plays an avant-garde ragtime to a bell) the piece never really sheds the formality that its name implies.

The second piece, 10 minutes long, opens with references to 19th-century music. Within a few minutes, the players transform themselves into a tornado, wrecking all pretense and making full-blown and satisfying music. The opening motifs return, this time with a humorous, gospel slant.

I’ve had my share of aliases over the years; Guido and Sweetbottom to name a couple. The name Strangeblood was actually given to me by the drummer in Venus Flytrap circa 1991. We were at band practice and were messing around and the late Chris Whitson (guitarist and songwriter) would say “That Curtis just isn’t normal, he doesn’t do normal things and doesn’t listen to normal music”. One time Tom (our drummer) said, “I think I’m going to start calling you Curtis Srange”, and then he asked “have you heard of that golf player Curtis Strange?”  The name Curtis Strange followed me around for a few days and then it somehow turned into Curtis Strangeblood. Back then Tom used to always accent the A’s a bit and so it always came out as Curtis Straaangeblood. That used to follow me around quite a lot back then. Chris would always be saying “Curtis just isn’t normal” and Tom would follow that with “Curtis Straaangeblood”.

The rest is history I suppose. I only ever DJ’d three or four times, so leaving out the Curtis and inserting DJ is just a sort of novelty to give everyone the impression that you’d be lucky to have me blast a set at you’re latest gathering, but as some of those reputations precede me, you might be unlucky depending on how obscure the mix is. Just a warning for those of you thinking of hiring me

http://youtu.be/LWLxWmGE0k0
This year had some surprises and alas I decided to make a list of the top 15 records of the year.  Maybe I still left  a few great ones off but I believe there’s some great artists on here that help me want to get up, get dressed and start my 50 minute commute (where I listen to alot of the records I end up hearing). Enjoy, and bring on 2014.

2. The Thing- Boot- The thing records 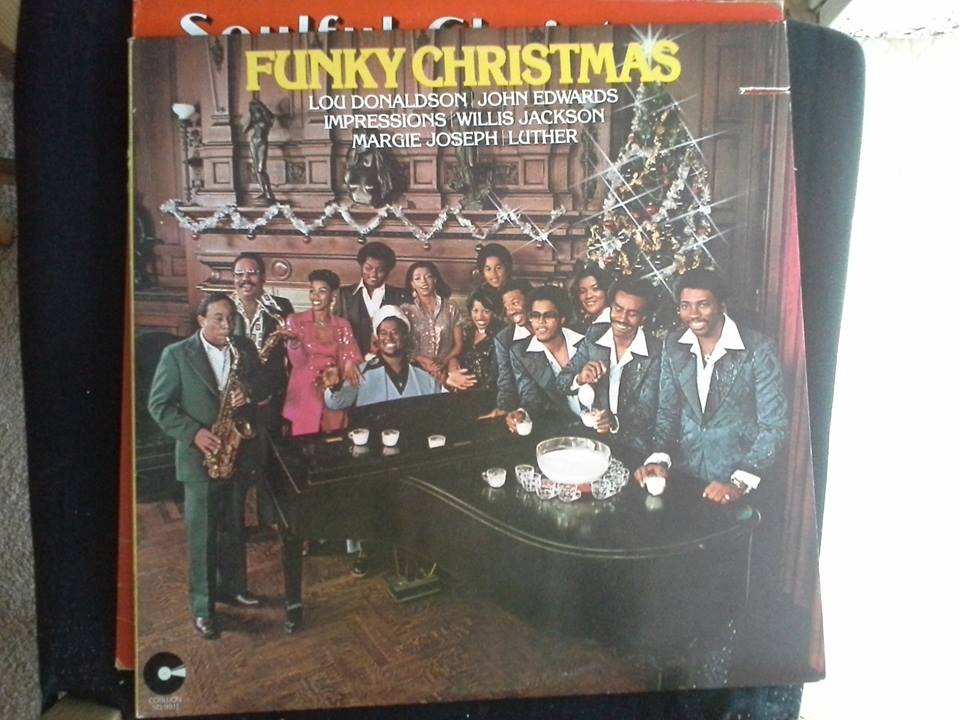